Islington Council’s work in support of its local credit union is to gain international recognition as it hosts a group of senior managers from Singapore this week. 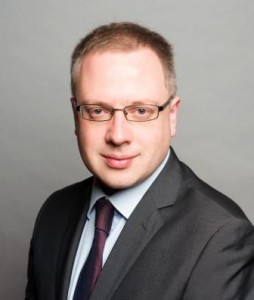 The group from the Singapore National Co-operative Federation will be greeted by the Leader of Islington Council, Councillor Richard Watts, at Islington Town Hall, before visiting the offices of the credit union in Archway.

The group will then visit the credit union to speak directly with members and staff about the credit union’s mission and the way it encourages saving and responsible lending to residents in Islington and beyond.

Cllr Watts said: “These are difficult times for hard pressed families in Islington and beyond, as many people deal with the rising cost of living.

“Multiple loans from payday lenders are a pathway to deeper poverty, and the council has taken action to support residents to avoid getting into problem debt.

“Part of this work has been to support London Capital Credit Union, as an accessible and affordable way for people to deal with their finances.

“I am very pleased to be supporting this organisation and the excellent work it does in Islington, and I look forward to meeting our colleagues from Singapore.”

Islington Council supports The London Capital Credit Union Ltd with a one-off grant of £250,000 and annual revenue support funding of £25,000.

Martin Groombridge, Chief Executive of London Capital Credit Union, said: “Credit unions are an ethical alternative to banks and other high street lenders and their way of working is designed to benefit all members.

“We are always pleased to be able to share our knowledge with others around the world and we look forward to meeting the delegation from Singapore and welcoming them to London, and to Islington in particular.”

Credit unions in Britain have been growing consistently over the past few years as they become better known and they now have almost 1.3 million members across the country.

Find out more at www.credit-union.coop.