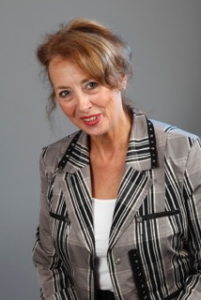 Ethos public relations is proud to announce it will be working with Janet Redler Travel and Tourism to help promote the tour operator’s services across the USA and Europe.

Janet Redler Travel and Tourism, which has offices in Shrewsbury and Montgomery, specialises in designing tailor-made tours to the UK and Europe, with many of its customers travelling from the United States.

Speaking about the link up, Chief Executive Janet Redler said she was looking forward to working with Ethos public relations to help raise the profile of her business and to promote Wales and the borders to potential overseas visitors.

Janet said: “Europe, and especially the UK and Wales, is a great draw for American visitors due to the fantastic variety of destinations and our rich heritage. At the moment, the very favourable dollar exchange rate is also helping to attract people from the US. Working with Ethos public relations, we are really looking forward to raising our profile further and bringing more visitors to experience all that the UK and Europe has to offer.”

Shaun Fisher, a Director at Ethos public relations, who has first hand experience of American business, said: “We are really looking forward to working with Janet and her team to help promote the services they provide to a wide audience. Janet Redler Travel and Tourism is a great fit for our business as we both share a passion for travel and the international bonds and friendship it can bring.”

Ethos public relations will be helping Janet Redler Travel and Tourism with a wide range of communications support, including public relations, social media and website support.