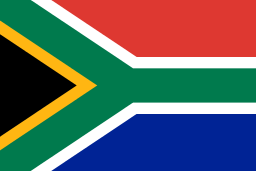 The sad news about Nelson Mandela has refreshed many memories for me that go back more than three decades.

I am not writing this as someone who knew Nelson Mandela of course, although I was at a lunch with him that Leeds Co-operative sponsored in 2001. Nelson Mandela was in Leeds to accept the honour of becoming an Honorary Freeman of the City of Leeds and thousands gathered in Nelson Mandela Gardens to welcome him to the city.

For that crowd, and millions of other people like me, Nelson Mandela was a beacon that shone across the world and proved that life can change for oppressed peoples.

But we should all remember that change for the black people of South Africa did not come quickly or without individual human sacrifice. Nelson Mandela was imprisoned for some 27 years and many of his ANC comrades were killed, including Steve Biko.

I remember being in Germany in 1988 and watching the Anti-Apartheid Movement concert from Wembley that celebrated Nelson Mandela’s 70th Birthday. The song ‘Biko’ by Peter Gabriel was one I would listen to for years afterwards. And more or less at the same time I read the book ‘Biko’ by South African journalist Donald Woods – in German.

Before going to Germany I had attended many anti-apartheid marches in London and elsewhere and spent many hours in Trafalgar Square outside South Africa House, long before it became fashionable to do so.

Nelson Mandela was only one person and he will be sorely missed, but his enduring legacy will be as a symbol that the world and its peoples can change.

The younger generation in the West have grown up in a world where, although racism still exists and is as pernicious as ever, there is no longer a state like South Africa that discriminates against its own black majority.

There is still much to do to ensure that all people can live in peace and be free of discrimination because of the colour of their skin.

Thanks to Nelson Mandela we know the colour of a person’s skin shouldn’t matter.