People who have taken out loans with London Capital Credit Union in the last 12 months have together saved over £6.5 million in interest payments and other charges. 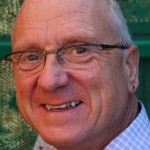 The figures were revealed by Martin Groombridge, Chief Executive of the credit union, as he encouraged people to see for themselves how much they could save by becoming a credit union member.

In the 12 months to the end of August, London Capital Credit Union issued loans to the value of £5.3 million. According to Martin Groombridge, these loans saved local people a significant amount of money. “We estimate that our members will have saved £6.5 million in interest, charges and fees by switching their borrowing to us from payday lenders and other high interest lenders.”

A loan from a credit union such as London Capital Credit Union will result in lower repayments than from a payday lender or a doorstep loan. Said Martin: “That’s where people taking our loans in London can really benefit. What’s more, our ‘Saver Loans’ are designed to help people get into the savings habit, without racking up high interest charges.”

A typical £1,000 loan from the credit union, paid back over one year, would cost a total of just £67 in interest. This is a tiny fraction of what it would cost to borrow from a payday lender, for instance.

“That extra money stays in the local economy,” says Martin, “which has to be good news for everyone.”

London Capital Credit Union is a not-for-profit co-operative dedicated to promoting saving and dealing with debt. Established in 1962 it now has 11,000 members and £7m of assets and provides secure savings and low cost loans for anyone living, working or studying in Barnet, Camden, City of London, Hackney, Haringey or Islington.

Find out more at www.credit-union.coop.