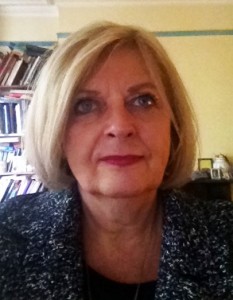 A member of London Capital Credit Union is calling on Haringey residents to join their local credit union to help strengthen the local community.

“Unlike high street banks, credit unions are owned by local people and work for their best interests,” says Sue Hoyle.

Sue, a former care worker, has been a member of London Capital Credit Union for 20 years and says that credit unions are such a good idea that more people should know about them.

“I believe passionately in our local community and debt is a serious issue for many people. Credit unions can be part of the solution as they keep more of the money in the local community with local people.”

Credit unions work by offering loans on affordable terms to local members and the interest raised is then made available to lend to more people locally.

“I joined London Capital Credit Union to get a loan and thanks to the way the loan was structured, I was saving at the same time as paying the loan back.”

Encouraging saving and greater financial awareness is key to the way credit unions work. Says Sue, “I had a 0% transfer credit card some years back and paid back the minimum balance by standing order each month, but basically it was like giving them money for nothing as I was mainly paying off interest, so I used my credit union loan to pay off the credit card.”

Over the years Sue says she has saved a fair amount of interest by using the credit union and has used the savings to pay for car repairs and even a holiday.

“I am just one person,” says Sue, “but, across Haringey, local people have saved over £2.9 million in loan repayments by being members of the credit union. That’s something to shout about.”