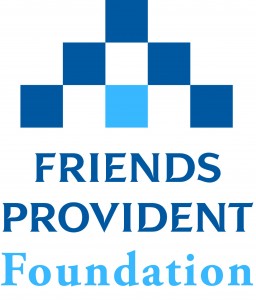 The customer costs of current accounts vary substantially depending on the provider and the type of account says a new report, but there is no evidence that low income customers disproportionately bear the burden, as has previously been claimed.

How Much Does ‘Free Banking’ Cost? An assessment of the costs of using UK personal current accounts by Dr John K. Ashton and Professor Robert Hudson, which was funded by Friends Provident Foundation, used 17 years of data to determine the total costs to customers of current account use, and whether any cross-subsidy exists between customers with different levels of income.

The cost to customers of using current account services was found to vary significantly, with a wide range between the highest and lowest cost accounts. Costs varied not only between providers, but between different types of account. In addition, the report showed that the costs of current account use have risen over time and recent increases have fallen most heavily on overdraft users.

Dr John K Ashton, a reader in banking at Bangor University and one of the authors of the report, said: “The pricing methods of personal current accounts have frequently been criticised in recent years and so we wanted to explore the customer costs of using current accounts and the evidence for a distributional cross-subsidy between low income customers and other customers.

“Our work demonstrated that while the costs of current accounts vary widely, there is no evidence of cross-subsidies to the detriment of people on lower incomes.”

For the first time in this country, the study calculated current account costs using both visible costs, such as fees and charges, and hidden costs, such as the financial impact on customers caused by their deposits attracting little or no interest and overdrafts being charged at rates higher than the banks charge on their other loan products.

Whether there is a cross-subsidy between customers of different incomes was found to be a function of how costs are estimated. When only the overdraft and package fees of current accounts were emphasised, there was evidence of cross-subsidy from lower income customers to other customers. However, when the ‘cost’ of poor levels of interest provided on current account deposits was emphasised, no such cross-subsidy was present, as these types of costs were incurred disproportionately by higher income groups.

If a cross-subsidy exists at all, it appears to flow from both low income customers incurring large and long duration overdraft loans and inattentive customers of all incomes accumulating large current account deposits and using overdrafts occasionally, to all other customers.

The study recommends measures to make the personal current account market more affordable and transparent, including simplifying and standardising the costs of current accounts, making customers more aware that overdrafts are a high cost form of borrowing, and providing more information on the supposed benefits of additional services provided within packaged accounts.

The report also calls for a reduction in the number of accounts offered, to improve customer decision making, ‘sweeping’ facilities to automatically transfer excess funds to deposit accounts, and more joined-up regulation of the current account market.

Andrew Thompson, Grants Manager at Friends Provident Foundation, said: “It is good news that when the hidden costs of current account use are included there is no evidence of low income customers subsidising other customers. However, as the report recommends, more needs to be done to make the costs for personal current accounts clear and easily understandable, so that everyone can make sensible, cost-conscious decisions about which current account is right for them.”

The report can be downloaded from the Friends Provident Foundation website: http://www.friendsprovidentfoundation.org/how-much-does-free-banking-cost-an-assessment-of-the-costs-of-using-uk-personal-current-accounts

Affordable short term borrowing through a credit union has the potential to be an effective way of diverting borrowers away from high cost lenders and give them welcome flexibility about how to repay according to a new report.

Can payday loan alternatives be affordable and viable?, which was funded by Friends Provident Foundation and The Barclays Community Finance Fund and produced by The Financial Inclusion Centre, evaluated a pilot “payday loan” product offered by London Mutual Credit Union over 12 months. The results showed that an affordable short term loan product from a credit union has the potential to save significant amounts for borrowers and encourage them to spread payments more affordably over a longer period than is usually available with this type of product.

While most payday loans require the borrower to repay the full amount plus interest within a month, this pilot scheme found that consumer preference was to repay over three months, with 59% of applicants choosing this payment term and only 29% asking to repay in one month.

By borrowing through the credit union instead of a high cost payday lender, 1,219 people collectively saved some £145,000 in interest charges alone, equivalent to almost £119 per borrower.

The research showed that short term lending through a credit union is an effective way of diverting borrowers away from high cost lenders, with over two-thirds of those surveyed saying they would be unlikely to borrow from payday companies again. It also revealed that offering short term loans can be financially sustainable for a third sector financial services provider such as a credit union when additional income generation from recruiting new members is taken into account.

Andrew Thompson, Grants Manager at Friends Provident Foundation, said: “We are delighted by the success of the pilot scheme, which demonstrates that it is financially viable for this kind of responsible, affordable lending to be delivered by not-for-profit, member-owned-and-run providers. The model seems to have great potential for wider roll out and we look forward to seeing if credit unions across the country can find a way to offer a similar service.”

According to Transact, the national forum for financial inclusion, which manages the Barclays Community Finance Fund: “The results of the project illustrate that a credit union alternative to payday loans is achievable and can provide affordable forms of short term credit to some of the most vulnerable people in our communities. However, this is only the beginning and a good deal more feasibility work will be required before an affordable alternative to payday loans can be made available by credit unions in other parts of the country too.”

Lucky Chandrasekera, Chief Executive of London Mutual Credit Union, said: “An increase in the use of payday loans by those already in debt, as well as the growing number of our own members turning to this form of short-term credit, persuaded us to develop an affordable alternative. Following the success of the pilot, we plan to roll out the service to many more potential customers.”

Mark Lyonette, Chief Executive of ABCUL, the Association of British Credit Unions Ltd, said: “By making services as convenient and accessible as possible, credit unions can attract many more people away from high cost lenders. The Government is investing up to £38 million in the two year Credit Union Expansion Project to support credit unions to develop the systems they need to make attractive services easy to access and encourage people to borrow affordably and manage their finances more effectively.”

* The affordable short term lending product offered by LMCU proved extremely popular with a total of 6,087 applications received (or 500 each month), asking for just under £1.5 million or an average requested loan amount of £238.

* An average of 2.39 short term loans were made to each borrower with 62% becoming repeat borrowers with LMCU. The main reason for taking out the short term loan was to cover utility bills (14%) and home improvements (12%).

* Applicants liked the option of repaying “payday” loans over a longer repayment term. Just 29% of loan applicants wanted to borrow over the traditional one month term, with the majority (59%) opting to repay over three months.

* When surveyed, the primary reason given for borrowing through LMCU was the low cost compared to other payday lenders (66%). Others liked the fact that it was offered by a credit union (19%) together with the longer repayment option (10%).

* Before accessing their first LMCU loan, 74% of surveyed borrowers had taken an average of 3.2 loans over the 12 months before their first payday loan from LMCU. Worryingly, 17% of these had taken six or more loans.

To download a copy of the report go to: www.friendsprovidentfoundation.org/payday-lending-through-a-credit-union