London Capital Credit Union, a not-for-profit co-operative which provides savings and low cost loans to people living, working or studying in Barnet, Camden, City of London, Hackney, Haringey and Islington, has welcomed a new report which found significant approval for the services offered by credit unions. 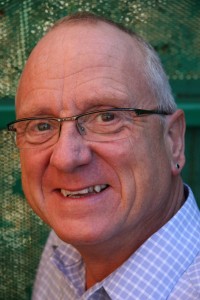 The largest ever survey of credit union customers, published by Financial Inclusion Centre, found that 81% of members across the country were extremely satisfied or very satisfied with their credit union, while 84% said they would recommend a friend or family member. This compares to a recent Which? survey showing that mainstream banks’ average overall customer satisfaction score was only 68%.

These results support the feedback received from London Capital Credit Union’s own members. Results from the Credit Union’s 2017 annual survey show a very high overall level of customer satisfaction, with an average score of 9 out of a possible 10.

London Capital Credit Union is one of the fastest growing credit unions in the capital, with over 15,000 members and outstanding lending of nearly £12 million.

Financial Inclusion Centre research also demonstrated just how important the broad range of financial services being delivered by these not-for-profit financial providers are, with the majority of respondents using their credit union as an affordable and fair source of borrowing – giving them an invaluable alternative to high-cost credit such as payday loans, rent-to-own firms and door-step lenders.

Credit unions work hard to help their members understand financial issues and members are shown to score well compared to the general population on a range of financial capability measures, saying they feel they have their finances under control and are confident in dealing with money matters.

“With the current pressures on household finances, credit unions such as ours provide an essential lifeline for many, offering affordable loans in time of need and supporting people to develop a saving habit. At London Capital Credit Union, we believe it is important to help people make the most of their finances and this survey shows the hugely positive contribution that credit unions make to our communities.”

Mick McAteer, Co-Director of Financial Inclusion Centre, added: “These results are very encouraging and go to show that credit unions are highly regarded by those that use them, with higher satisfaction rates than mainstream banks.”

A copy of the report, ‘An Insight into Credit Union Membership’, can be found here.