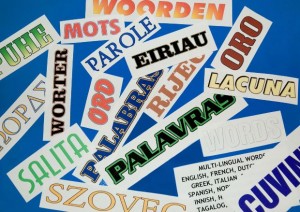 News that many universities are giving up teaching foreign languages is shocking to me. I think a strong modern languages education sector is vital not only for the skills and knowledge it provides, but for helping to create a more positive attitude towards other countries and immigration.

The value of speaking a foreign language cannot be under-estimated, in my opinion. As well as giving people an ability which can prove useful on holiday or in business, as the world gets ever smaller, learning a language and gaining a qualification in it demonstrates a good deal of hard work and dedication that can be put to use in many other areas of life, from getting a job to moving abroad.

Apparently modern language students are being put off at both GCSE and A Level because the grades they get aren’t as high as they would be in other subjects. This raises two questions – surely all subjects should be marked and graded on a level playing field, or are other subjects marked more leniently? If so, that seems unacceptable. On the other hand, if modern languages exams are more difficult and a qualification harder to come by, surely universities should recognise that in the grades they ask for?

It seems to me that, as with many science subjects that are no longer taught at universities, there is a drift towards offering ‘easier’ courses so more students get top grades, regardless of how valid the qualification is in the wider world.

As a French and Economics graduate myself, I think a degree in modern languages is far more worthwhile in life and for a career than some of the more ‘unusual’ degree courses now available. So, rather than cutting modern language degrees, much more should be done by the education establishment and the Government to give these courses the support they deserve. This might help to provide more young people with the skills and qualifications they really need for getting a job in today’s global economy.

Of course, we are forever reading about the number of European immigrants coming to the UK, most of whom are able, let’s face it, to speak a certain amount of English. If more British people spoke a foreign language, perhaps they would be tempted to try emigrating to other parts of Europe themselves, so the flow of traffic wouldn’t be so one-way. We might learn more about our European neighbours, respect them more and appreciate the barriers that immigrants to Britain have had to overcome in order to offer their skills and improve their lot in this country.