One of London’s largest member-owned financial businesses has become a London Living Wage employer to demonstrate its commitment to its employees.

The London Living Wage award marks the continuing commitment by London Capital Credit Union in Archway, where, regardless of whether they are permanent employees, third-party contractors or suppliers, everyone receives a minimum hourly wage of £9.40 – significantly higher than the current national minimum wage of £6.70. 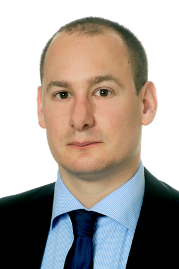 Felix Hebblethwaite, is a director at London Capital Credit Union

Felix Hebblethwaite, a director at London Capital Credit Union, said: “A key principle of the co-operative movement – of which credit unions are a part – is to champion the sustainable development of the communities in which we operate. At LCCU we believe that paying our employees appropriately is an important step forward in achieving this objective.”

Employers choose to pay the Living Wage on a voluntary basis. The Living Wage enjoys cross party support, with public backing from the Prime Minister and the Leader of the Opposition.

“The best employers are voluntarily signing up to pay the Living Wage now. The Living Wage is a robust calculation that reflects the real cost of living, rewarding a hard day’s work with a fair day’s pay.

Added Felix Hebblethwaite: “We are proud to be a London Living Wage employer and we would encourage other employers within London to do the same.”