Let no one say I jumped to rash conclusions on HS2. 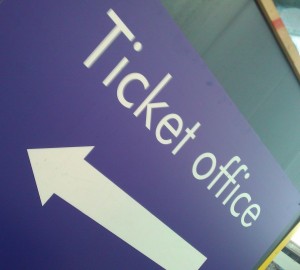 HS2 cash might be better spent on other routes

For the last year or so I have genuinely not been sure if I should say no to HS2 or not. I have been unsure if HS2 is a good or bad idea for the country. I found it very difficult to reconcile the needs for a modern, low carbon means of transport with the unavoidable extra environmental damage. But as the rail route to the South West of England reopened today, it seems to me that we are addressing the wrong transport needs.

I am no Luddite and fully recognise that our current transport infrastructure, not least train lines, would not have existed had it not been for people who doggedly fought in some cases to build their lines. The main motivation back then was profit for all the competing train companies but I am sure it was mixed with excitement for a brand new, shiny technology.

Until recently, I could see plenty of reasons to be both for and against HS2.

Whilst on the no side the following springs to mind:
•    Loss of habitat
•    Even more energy use to power the trains
•    A focus on London

To some extent the environmental considerations can be reduced by judicious use of tunnelling, avoiding areas of scientific interest and the like, but this island that we share with thousands of other species is already carved up enough by rail, roads and canals.

Just imagine how large species such as deer, wild boar and others are unable to move across this country. Effectively this island is split north and south by the M62 and M4, not to mention by numerous canals. Similarly, it is divided East and West by the almost impenetrable M1 and M6 and the West Coast and East Coast mainlines.

But my last trip to London from Manchester by train made up my mind on HS2. Now I say ‘No to HS2’. On both legs of the journey, I would guess the train was a third to half full and that’s without the four sparsely populated First Class carriages which could have offered extra capacity if needed, and at over £400 return, no wonder they were under-occupied.

The train was comfortable and got me city centre to city centre in a fraction over two hours. Obviously, a quicker journey would be nice, but not at the huge environmental and landscape cost that HS2 would demand in order that we could save perhaps half an hour on the journey.

At a time when the debate about global warming and flooding has never been more topical, it seems to me we need to be rethinking our approach to business. Surely, we shouldn’t be shaving off minutes on already fairly quick journeys, but perhaps the estimated £100 billion budget for HS2 could be better spent on re-engineering our economy so people don’t all need to travel in peak hours.

But please don’t think that I am against all high speed rail. I am certainly FOR increasing speeds on existing tracks and I’d even suggest that I’d support HS2 if it were designed to connect two parts of the country that are currently poorly served by transport connections. Certainly, a Penzance – Glasgow service would sound attractive, helping Cornish regeneration and better rail infrastructure.

In the final analysis, my views will not have much sway in this particular debate and I am open minded enough to reconsider – so if you want to let me know why I should reconsider, please do!