London Capital Credit Union has joined credit unions around the world to help those affected by Hurricane Dorian, which hit The Bahamas at the beginning of September.

The devastation caused by Hurricane Dorian prompted the Worldwide Foundation for Credit Unions to initiate Project Storm Break to provide financial support to those affected in The Bahamas, and almost $200,000 (£162,000) has so far been raised, including a donation from London Capital Credit Union.

Project Storm Break funds are initially being distributed to help credit unions provide members and staff with emergency supplies. The money is also helping credit unions get back up and running so they can provide much needed cash and other financial services to their members.

According to the Caribbean Confederation of Credit Unions, credit unions on the island of Grand Bahama were the hardest hit. The Grand Bahama Co-operative Credit Union suffered major flooding and roof damage at its branch in Freeport, the main town on the island. Four employees, including the branch manager, also lost their homes in the storm. In addition, four other credit unions suffered damage to their Freeport branches.

On Abaco—the other island hardest hit by Dorian—there was at least some good news. The Teachers and Salaried Workers Credit Union branch in Marsh Harbour suffered no damage, and is located in one of the few structures left standing on the island.

Mike Reuter, Executive Director of the Worldwide Foundation for Credit Unions, said: “We want to help these community-based institutions get back in business and servicing members as soon as possible – even if it is in a parking lot tent or other temporary location for now. Getting these credit unions back on their feet is the best step we can take to getting their members back on a path to a sustainable future.” 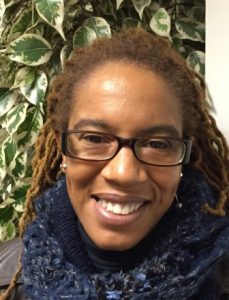 Elaine Greaves, Director at London Capital Credit Union added: “We’re pleased to have played a small part in the fundraising effort by making a donation from our credit union and we hope other groups and individuals can also support the rebuilding of credit unions in The Bahamas by making their own contribution.”

To find out more about Project Storm Break and to make a donation, click here.