All but the very sceptical now accept that our climate is changing and serious action is needed to slow down the damage caused to our environment.

The recent report by the UN international Panel on Climate Change (IPCC) has said that we have about 12 years to ensure that we don’t exceed the 1.5 degree increase in global warming and has outlined some of the serious consequences of missing the target – even by only half a 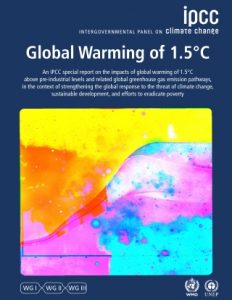 At the time of its publication, there was much media coverage, which is great in raising awareness of this important subject, but there doesn’t seem to have been any significant business response.

As individuals, we all have a role to play in reducing energy use and thus global warming, but small changes by big businesses by definition have the potential to make a disproportionately large impact.

In the last few weeks, two examples of business practices which seem to take no recognition of the importance of climate change have stood out to me. In no way am I criticising the businesses behind these practices, it’s a competitive world out there, but they do highlight how big a sea change is needed in business thinking if we are ever going to reduce our dependence on carbon and perhaps save the environment.

First example. Recently, my friend’s car had to go to the garage due to a damaged AdBlue tank – yes, it’s diesel, that’s a whole different blog – but not only did the new tank have to come from mainland Europe the car had to be shipped from Wrexham to the North East of England to a specialist repairer. All of which was anything but zero carbon.

Today, businesses are becoming so complex and specialised that they build in even more carbon to their business operations.

Second example. Recently, we had to have a small wall rebuilt after an insurance claim. True, many of the bricks could be salvaged and were therefore reused, but the insurance company has a contract for such works with a building contractor. The work took two days and the builder drove 50 miles each way to undertake the work. Why wouldn’t the insurance company contract the work to a local builder, which would reduce traffic as well as reducing carbon emissions?

As I mentioned earlier, these examples are not unique to the businesses concerned and on their own don’t amount to much, but when you consider the imperative businesses have to grow and how many businesses will be doing something similar every day across the globe, the only conclusion I can come to is that businesses need a real shake up in how they operate.
To date, there’s little evidence that many are about to do so.

I hope I am wrong.