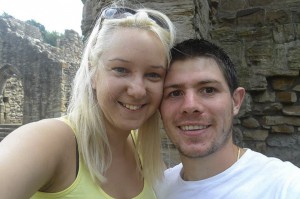 Jane and her fiancé

A teacher from Farnworth is in a race against time to get rid of her unwanted tattoos before she gets married next year and, with help from a laser clinic in Bolton, is well on her way to a tattoo-free wedding day.

Jane is planning to get married in August 2016 and wants her tattoos to have gone by then, so she decided to contact Laserase Bolton, which is located in the grounds of the Royal Bolton Hospital.

“I’d been thinking of having my tattoos removed for some time now,” says Jane. “Finally, after setting my wedding date, I realised it was now or never! So I gave Laserase Bolton a ring. There and then I booked an appointment for the following day.”

Jane first decided to have tattoos when she was at university. “I can honestly say it was an impulse decision! I had always liked butterflies and one day, sat in a lecture at university, I thought ‘I want a tattoo’. 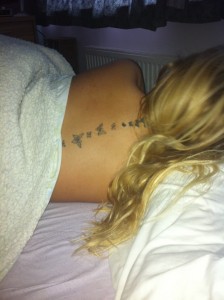 “I knew I wanted it somewhere that people could see, but that I could still hide if I needed to. I was a trainee teacher at the time and some schools disapproved of staff showing tattoos. A few of my friends had them and they gave me advice on where to have it done. Within a week I had the first five tattoos on the top of my neck and then had more added at a later stage.”

However when her boyfriend proposed to her last February, Jane decided the tattoos had to go. She didn’t want to be walking down the aisle on her wedding day with lots of ink on show.

At her first tattoo removal appointment, Jane says the nurse at Laserase Bolton was very understanding and it was clear that she knew what she was talking about. “She eased my nerves by explaining how things would work, how long it would take and the aftercare. More importantly, we discussed pricing.” 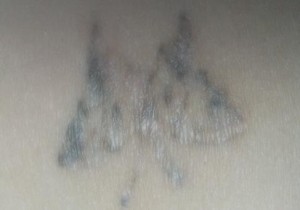 Jane had her first treatment in July 2014 and has been having regular treatments at six weekly intervals ever since. By September 2014, the results were beginning to show – as Jane said at the time: “Feeling rather excited by the results! It’s quite clear that the tattoos are on their way out bit by bit!” However, she realises that it is going to take some time for the tattoos to disappear completely.

Jane explains that the tattoo removal process is quite uncomfortable, but with the help of ice and numbing cream it isn’t too bad. “Thankfully the nurse used ice to numb my butterflies. Half way through the session, when it became too uncomfortable, she offered me some numbing cream for the areas that were left to do. The cream was really helpful. It took the edge off the pain and really helped me to finish the treatment.”

Jane recently found out that her mum is getting married again soon and she wants Jane to be her bridesmaid. “Very exciting,” says Jane, ”but a little more pressure time wise as she hates my tattoos and really does not want them visible on the day. A good job I started this process when I did!”