A website we have been working on for musician Ed Alleyne-Johnson was launched this week. 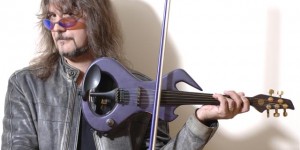 Ed Alleyne-Johnson is famous for playing the electric violin and played with cult band New Model Army for five years in the late Eighties and early Nineties.

Ed’s album tracks have been used on TV adverts and as documentary soundtracks on BBC2 and Channel 4. ‘Oxford Suite’ was used on the Children in Need appeals on BBC1.

Ed’s new website, which we have co-ordinated, brings together background information about Ed, a discography, images, videos and an online shop for the first time. The site contains a wealth of information for fans and everyone looking to discover Ed’s music.

The website was co-ordinated by Ethos public relations and will be developed further over the coming months.

Ed continues to record albums and perform live on the streets, which he has done for over 30 years in nearly every major city in Europe as well as further afield. A YouTube clip of him busking in Chester has attracted over 2,000,000 viewers.